How to answer the interview question "What are your weaknesses?" 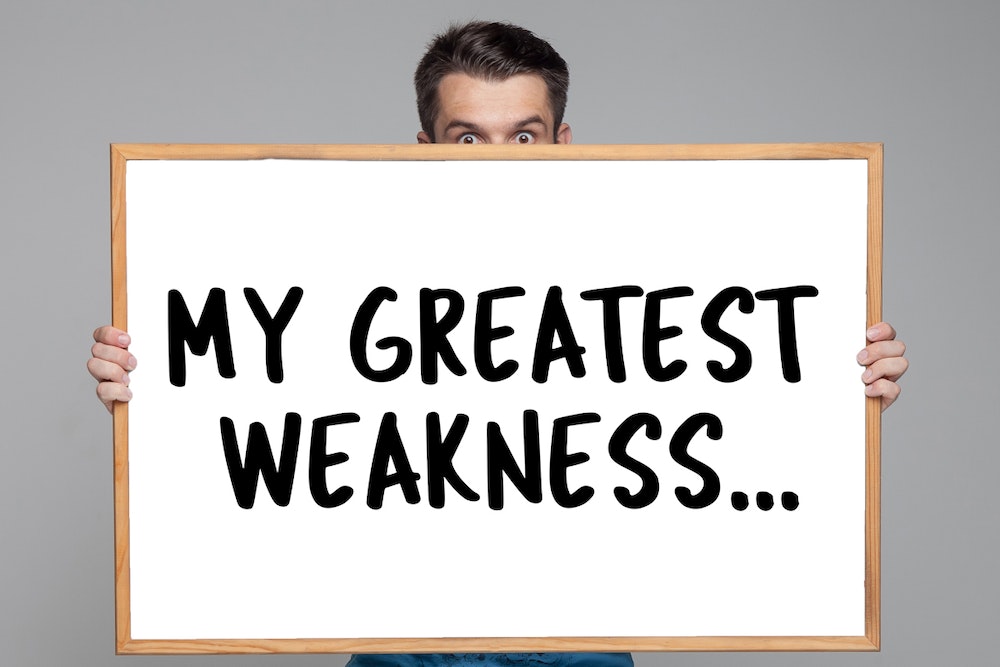 How do you answer the interview question "What are your weaknesses?" This isn't an easy question to handle, but it's one that is often asked in interviews. Contrary to what most candidates believe, hiring managers don't ask this question to find a weak spot to hold against you. Rather, they ask you this in order to get to know you better and to understand whether or not you are self-aware and open to improvement.

In this blog post, I share a simple and effective five-step approach to help you formulate an answer that stands out and creates trust with the interviewer.

Put yourself in the shoes of the hiring manager

If you find it hard to answer this question about yourself, my first tip is for you to switch perspectives. For a second, imagine you aren't the candidate. Instead, put yourself in the shoes of the hiring manager conducting the interview. You've received a lot of applications and narrowed it down to a few candidates who you're taking through to the interview stages.

By this point in the process, you've already read a lot about their achievements and career history. But now you want to get to know them in person. So one of the questions you ask is, “Tell me about your greatest weakness.” You don't ask this because you want to 'catch them out.' Rather, you're asking this question because you want to know how self-aware the person in front of you is and whether they're open and prepared to work on improving themselves.

Now, a candidate who gets nervous and flounders over this question, tries to navigate away from it, or, worse, says they don't have any weaknesses is probably not showing a great deal of self-awareness. Or perhaps, they simply panicked because they hadn't prepared!

Other candidates might give answers like "I'm a perfectionist" or "I can be impatient when I don't see progress." If you were at the receiving end of these answers, I'm sure you wouldn't blame them. These statements show they've followed the advice to give a generic weakness that can be turned into a strength. It demonstrates a better degree of preparation, but would you be impressed? Would you feel a connection to that candidate? Would you trust them? Probably not.

The benefits of sharing examples of real, genuine weaknesses

But if a candidate shares an example of real, genuine weakness, backed up by the story of how they took responsibility for solving a problem they initially caused and shows how they learnt from the situation and improved themselves as a result, how would you feel? You're now sitting in front of someone who's given an honest answer to an uncomfortable question, has shown a great deal of self-awareness and has demonstrated they're willing to improve themselves.

That's impressive. And wouldn't that make you more likely to pick this candidate over the others?

How to prepare to answer the interview question "What are your weaknesses?"

If you want to be a candidate who stands out when asked this question, my recommendation is to follow these simple five steps.

Think about the last three years of your career. If this is the first job you're applying for, think about internships, extracurricular activities, or any other projects you may have worked on. Write down 5-10 examples of situations where you wish you'd done better.

Now remove all examples from your list where you're aware you didn't correct the situation. And don't forget to cross out examples where the negative impact would have been disastrous, had you not rectified the situation. It's important that you always tell the truth in an interview. But that doesn't mean you shouldn't focus on examples that put you in the best possible light.

Look for patterns and traits that these situations have in common. What caused these scenarios? Can you identify any technical or soft skills that may need to be improved? Perhaps your temporary downfall was down to lack of experience at the time or a particular character trait? Make a list of what comes to mind and focus on aspects you feel have been or can be improved, for example, through coaching or more work experience.

Now go through the items on your list of improvement areas and put them in order. Start from the ones with the lowest potential impact on the job you're applying for. For example, suppose one of the job responsibilities is to represent the company at conventions. In that case, you might not want "difficulty talking to new people" displaying too high on your list. However, if you're interviewing for a job as an accountant, this trait may be less of an issue. It's all about picking areas of improvement that won't be interpreted as red flags in your new job.

Show that you are working on yourself. Can you think of any situations where you could have avoided potential problems because you have since learned from previous experience? Have you taken any self-improvement steps since? This could be reading relevant books, blogs, and articles, listening to podcasts, or taking courses. Or maybe you asked someone for feedback, coaching, or advice.

How to best formulate your answer

Now that you have enough material to work with, it's important you plan how to formulate your answer to the actual question.

First thing first, use positive words, like "challenge" rather than "problem", or "improvement area" instead of "weakness". Secondly, make sure that, in your answer, you spend more time talking about your own self-awareness and the self-improvement that resulted from the experience, rather than the weakness itself.

Here's a quick example from a candidate who applied for a software developer position. He told me that one of his improvement areas was that he sometimes found it challenging to get to the point, especially when explaining complicated technical topics. Apparently, his explanations were clear enough but long-winded. Having become aware of this, he started observing colleagues and eventually decided to ask one of them to give him some coaching. He also went on to take a course on presentation techniques and started actively asking people for feedback. As a result, he improved this aspect of his work, and, having been given a solid example to back this up, I appreciated the good and honest answer. This story showed self-awareness and self-improvement, and the answer was definitely well-handled. And the difference shows!

What other strategies have you used to answer the interview question "What are your weaknesses?" 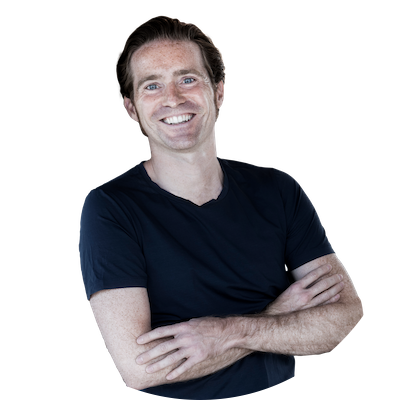 I am an enthusiastic, driven and empathetic person with a passion for helping people get their dream job. My expertise is a result of hundreds of interviews that I conducted as a hiring manager or was involved in as a peer interviewer for other departments. I am also a certified interview coach (CCIP) and a member of the Professional Association of Résumé Writers & Career Coaches. During my career, I worked in different industries and held positions such as team manager, business unit manager, business area manager and practice manager. After 17 years in the corporate world, I chose to leave my job at Amazon Web Services to follow my passion and focus on supporting candidates to be well-prepared and confident for their job interviews. 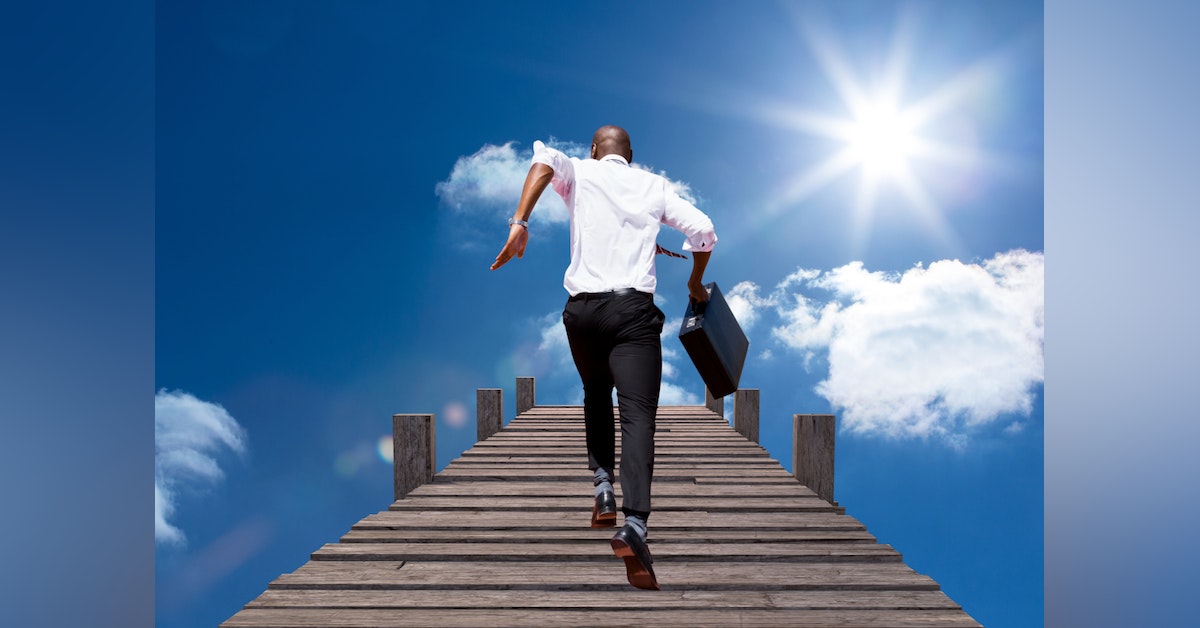 Where do you see yourself in 5 years?

Have you ever been in a job interview and been asked the question "Where do you see yourself in 5 years?". My educated guess is that you probably have. A… 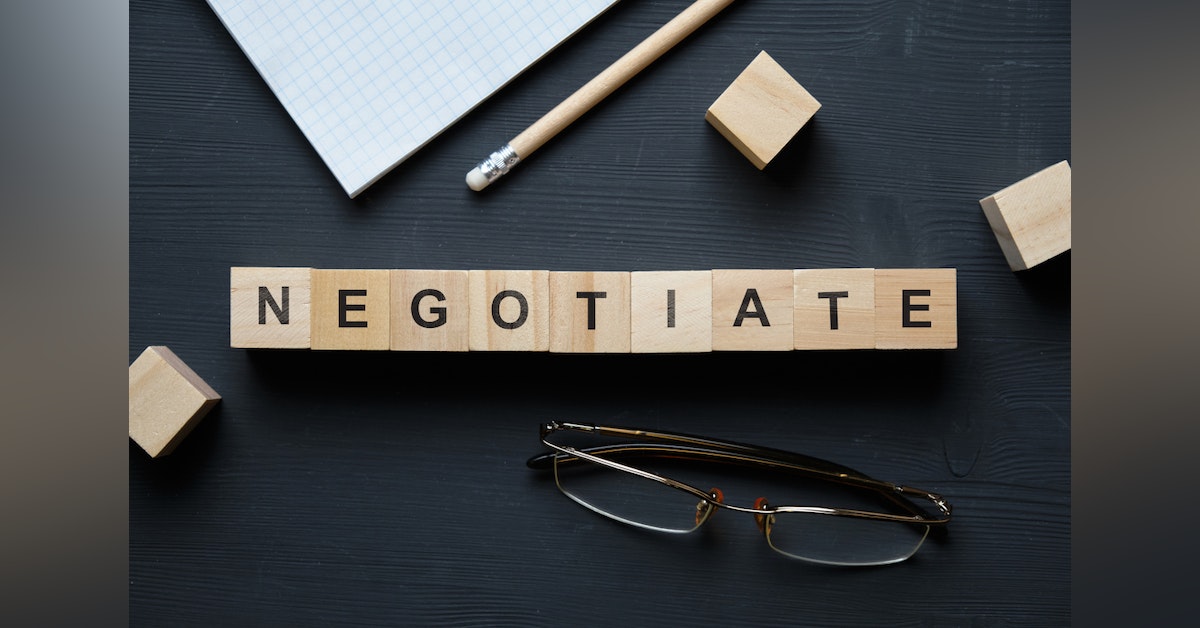 How to negotiate your salary in a job interview

How do you negotiate your salary in a job interview? What's the best way to answer the question "What is your salary range expectation?" In this blog pos…