Describe a conflict you have been involved in at work.
byInterviewPreparationSimplified.com 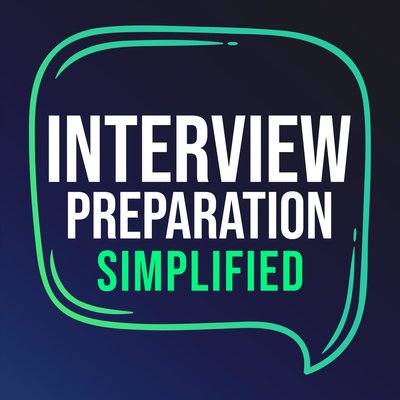 Interviewers often try to assess your conflict-resolution, collaboration and communication skills. In this episode, I will show you five simple steps to formulate a convincing answer to the question, “Describe a conflict you have been involved in at work.”

Hi, everyone, and welcome to today’s episode, which is about the common interview question, “Describe a conflict you have been involved in at work.” This one is popular among interviewers, because it helps them assess your conflict-resolution, collaboration and communication skills. In this episode, I will show you five simple steps to formulate a convincing answer to this question. If you find my step-by-step approach helpful, make sure to also check out my new digital interview coaching app at interviewpreparationsimplified.com.

Try to identify a situation where you had a disagreement or an issue with a co-worker and resolved that conflict – without involving a supervisor or manager. Preferably, choose an example not older than 2- 3 years and where you and the other person had a good work relationship after you solved the issue.

Step 2: Describe the situation and your task.

Cover when and where the situation occurred, what the conflict was about, how it was triggered and why it was important to resolve. Make sure you focus on the facts and don’t blame the other person. For example, you may have worked in the marketing department and were responsible for ensuring that all needed merchandise for an upcoming event was available on time. Your new colleague in purchasing insisted on placing the order for this merchandise at one of the company’s preferred suppliers. But that wasn’t an option for you, since the vendor couldn’t guarantee a delivery before the event. After some email exchanges with your colleague, you realized that you were both in a deadlock.

What steps did you take to resolve the conflict? Cover how you approached your co-worker, how you communicated with them to establish a constructive conversation atmosphere and how both of you found and agreed upon a solution. For instance, in our previous example, you may have scheduled a meeting, during which you first focused on establishing a good relationship with your new colleague and understanding each other’s targets and priorities and then revisited the merchandise order. When it turned out that he needed to place the order at the preferred supplier to reach a particular KPI target, you found an alternative solution that benefitted both of you. By bringing two other orders forward that you had planned to place the following month, he could reach his quarterly targets, while you could still get the merchandise from a supplier guaranteeing fast delivery.

Cover whether or not you resolved the conflict and how the relationship between you and the other person turned out. Also, describe the positive impact of resolving the conflict on other relevant areas, such as team atmosphere, project success or other business results. And finally, identify what you learned from this situation. In our previous example, you may have received the merchandise on time and available at the marketing event, while ensuring your colleague could successfully reach his target. Solving this situation may have led to a more trustful relationship between the two of you, and what you have learned may have been to seek a dialog earlier instead of trying to solve things via emails.

Combine the results of the previous steps into a compelling answer. For example, “I worked as a marketing assistant at company X and was responsible for ensuring that we had all the needed merchandise for an upcoming marketing event. I ended up in a conflict with one of the company’s new purchasers. He insisted on procuring the merchandise from one of our preferred suppliers, even though they could not guarantee timely delivery. When I challenged his decision and asked him why, he replied, “due to purchasing policies,” but refused to provide any additional details. When I realized that we hadn’t gotten anywhere, I decided to arrange a meeting with him. Since I felt that we had ended up in a deadlock on this question, I switched focus, asking that we meet to discuss the marketing department’s upcoming purchasing needs. I had three objectives for this meeting: 1.) establishing a productive work relationship, 2.) understanding each other’s priorities and 3.) solving the initial issue with the merchandise order. During the meeting, I discovered that the procurement team had introduced new KPIs and that one of them was to place at least 75% of all orders at preferred suppliers. Even though not explicitly stated, he made me realize that he needed the merchandise to be procured through one of these vendors to meet his quarterly targets. I asked him if we could purchase from another vendor if, at the same time, I placed two additional orders that I had initially planned for the beginning of the next quarter at our preferred supplier. And that indeed was a good solution that we agreed upon. The result was that the merchandise arrived on time for the event, and my colleague could reach his targets. It also led, going forward, to a very good work relationship between us. But I realized that I should have set up a meeting with him earlier to avoid this unnecessary conflict from the beginning and not get stuck in email conversations.”

These were the five steps to formulating an answer to the interview question, “Describe a conflict you have been involved in at work.” Thanks for listening, and I hope this was helpful to you.